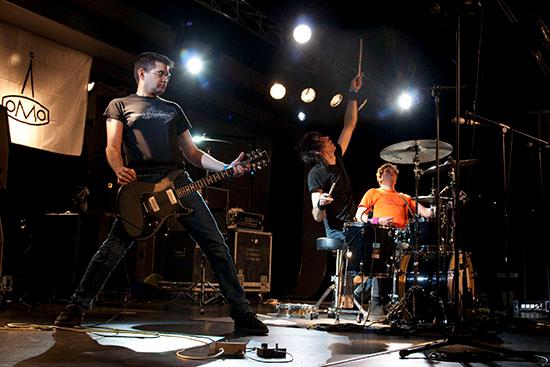 We don’t think so. In this year’s preview of NOS Primavera Sound, we’re looking back on our ten years of going to Primavera festivals (since our debut in Barcelona 2009, we only missed it in 2011). We identify five pillars of what we think makes a typical Primavera lineup – and reflect on what’s new and what’s missing. In the end, we can say we’re actually more excited for this years’ edition than we’ve been in the past three or four years.

Our preview playlist (which you can find below) features 33 artists, and we tried our best not to include the very obvious ones. 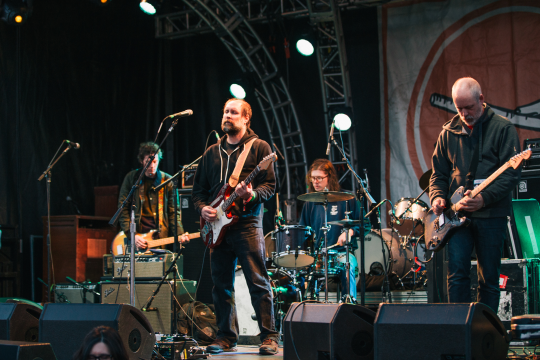 The historical indie rock bunch (and a couple of reunions)

This lineup has got Built to Spill performing “Keep it Like a Secret” (Thursday, 19:50). It’s automatically good just for that reason, even if it was a late addition after a cancellation. It’s got the first ever Guided by Voices performance in the Iberian Peninsula (Saturday, 20:45) and a rare appearance by cult hero Liz Phair (Friday, 22:00). It’s got Low still fresh out of their most lauded album release of the past fourteen years (Saturday, 23:20). What about reunions? We get it, everyone expects so much of a festival where bands like My Bloody Valentine, Slowdive or Pavement have first performed after long periods of retirement. Stereolab (Thursday, 23:20) were one of the most inventive, genre-defining and influential bands of the 90s and return to the stage after a ten year hiatus, and the Basque band Lisabö (Friday, 19:15), who has released in 2018 their first album in eight years, was once one of the most powerful post-rock/hardcore bands in Europe. And, you know… the real reason why we never, ever miss a single NOS Primavera Sound edition is the fact that it’s the most likely place in Europe to be able to witness a rare sighting of the best live band in rock music. Let’s all raise a toast to Shellac (Friday, 21:00). If they weren’t in the lineup, yes, we would think Primavera is gone. But, as long as Albini, Trainer and Weston are with us, can we really say the festival is not what it used to be? 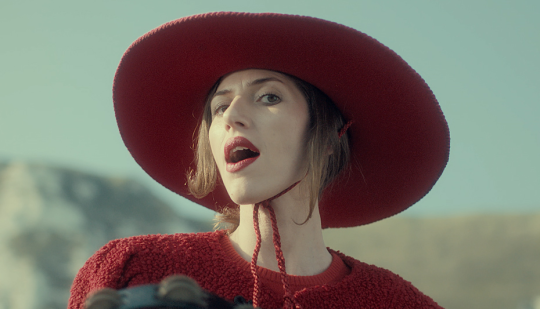 Some of them we’ve seen and talked extensively before on our NOS Primavera Sound and Vodafone Paredes de Coura previews. Courtney Barnett (Friday, 19:50) played for a half-empty tent before we all hit the jackpot with her debut LP and was one of our biggest highlights of that year. Lucy Dacus (Saturday, 18:50) and Big Thief (Saturday, 19:15) played two of our favorite shows at last year’s Vodafone Paredes de Coura. They’re both competing for our attention this year, along with Tomberlin (Saturday, 19:00), who is also playing in the same time slot and appeals to the same fanbase, which makes us a bit sad to miss the others. Even if we think this was a scheduling mistake, it’s still an indicator of how good this lineup is. And you’ve still got Snail Mail (Saturday, 20:30), hopefully with a full band, when you’re done with the gig of your choice. Just before Barnett on Friday we’ve got two songwriters who released two of the most exciting albums of 2019 so far. We have missed Aldous Harding (Friday, 17:45) every time we had the chance to see her (either due to cancellations or her being placed in tiny venues in festivals) and we’ll try not to fuck it up this time around. We’ll probably skip Nilüfer Yanya (Friday, 18:50) since we’ve seen her play with her band in a tiny anarchist venue less than a month ago, but you shouldn’t. And, if you don’t care about Jarvis Cocker (sacrilege) don’t miss the only male songwriter in this list: the Canadian songwriter MorMor (Thursday, 21:25) has released a superb EP earlier this month. 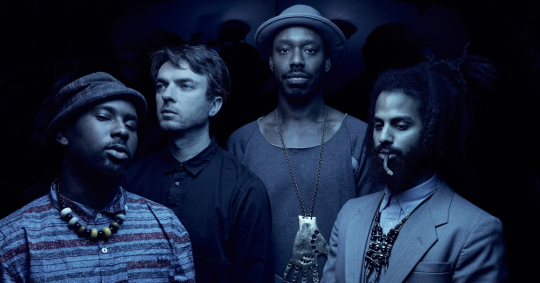 There’s always space on a Primavera lineup for some of the best performers we’ve been seeing in the past few years that don’t really fit in any big boxes. Synth-heavy Let’s Eat Grandma (Thursday, 23:45) is not only the best band name in the lineup, it’s one of the most exciting new acts coming out of England in the past few years. Spoken word queen Kate Tempest (Saturday, 22:30) is debuting her new album ahead of its release later in June and shall compete for your attention with Tirzah (Saturday, 22:00) and Rosalía (Saturday, 22:10), the hottest artist out of Spain in God knows how long. Later on, Swedish singer-songwriter Neneh Cherry (Saturday, 23:30) presents her much lauded recent LP Broken Politics. Experimental rock outfit Jambinai **(Friday, 18:00) are known for using traditional folk Korean instruments to produce some of the sharpest sounding post-rock these days, while Shabaka Hutchings brings four drummers to his Sons of Kemet XL** (Friday, 20:20) jazztravaganza. 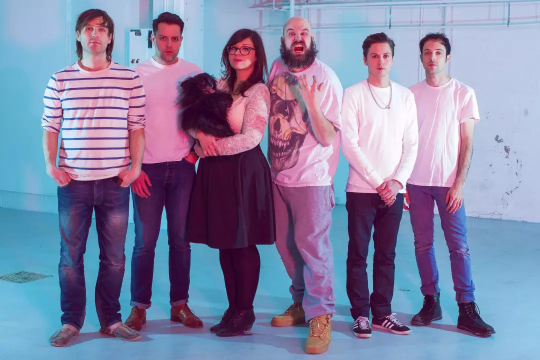 Nobody’s taking your guitars away

Playing a bit softer or harder, we’ve already listed tons of guitar music above. Yes, there’s less heavy music than a few years ago, but was that really ever a defining quality of a Primavera lineup? Still, besides all the indie rock bands we mentioned before there are a few more options for guitar-heavy partying, from returning experimental-ish hardcore behemoths Fucked Up (Friday, 22:15) to upcoming Aussie punk rockers Amyl and the Sniffers (Saturday, 21:00). Although very different from each other, Hop Along (Saturday, 17:45) and Viagra Boys (Saturday, 18:00) will compete for your attention in the beginning of the last day of the festival.

You wouldn’t set up a 30,000 capacity festival where the headliners are six indie singer-songwriters with two records under their belt since 2016, right? We know we wouldn’t even though that’s basically half of what we listen to. Pulp’s Jarvis Cocker is back with his new project JARV IS (Thursday, 21:00), which is apparently “primarily a live experience”, mostly limited to festivals. We don’t know what to expect and we don’t want to read about it beforehand. Can we still be surprised sometimes, is that too much to ask? It’s been over a decade since we last were excited about anything related to Interpol **(Friday, 23:45), but reports from Barcelona and All Points East tell us at least 2/3 of the setlist is composed of Antics and Turn On the Bright Lights songs, so there’s that. Later that night, **James Blake (Friday, 01:00) is back with a new album that we didn’t care to listen to, but we thought his past two concerts we saw in festivals were way more interesting than his records, so we’ll probably give him a shot. On Saturday we witness a rare European show by Jorge Ben Jor (Saturday 19:50), the MPB giant who rarely performs outside Brazil, before the neo soul queen Erykah Badu (Saturday, 00:30) takes the stage as the closing big act of the festival. 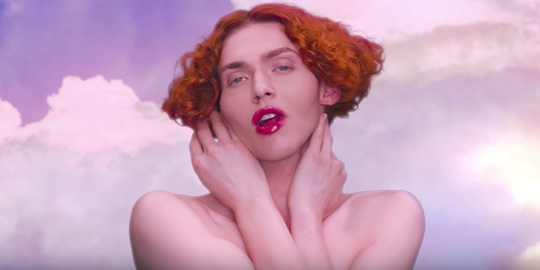 Yes, something changed at NOS Primavera Sound over the past couple of years. But did it change for worse? This was a festival that, despite running until the early hours of the morning, lacked an electronic dance music programme that was as consistent as its daylight and prime-time programme. This has changed last year with the introduction of new stage Bits, and has considerably improved this years when it comes to DJs. Yaeji (Thursday, 03:00) has released some of the most non-obvious house hits since 2017. Together with Peggy Gou **(Thursday, 01:30), **Helena Hauff (Friday, 04:30), SOPHIE (Friday, 02:30) and JASSS (Friday, 00:00), the Korean-American producer and DJ is the flagbearer of an experimental, female-fronted, fresh sounding clubbing scene that not so long ago was pretty much nonexistent in Primavera. Producer Yves Tumor (Saturday, 01:00) brings another side of the same scene with his full band; Modeselektor (Saturday, 23:45) are hardly newcomers and have performed in countless editions of Primavera, both as Modeselektor and Moderat. 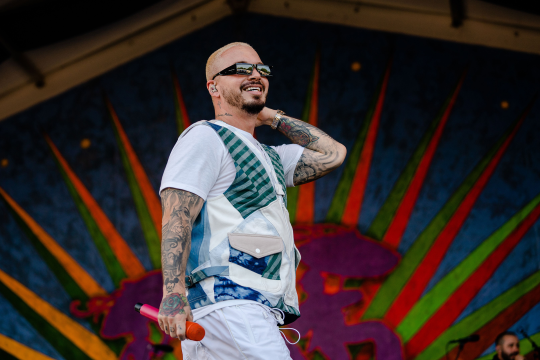 But maybe that’s not the addition of a good clubbing programme with a stage dedicated to clubbers that’s really bothering a seemingly substantial part of Primavera’s typical festival goers. Maybe it’s the fact that most of the big slots in the lineup – even though those represent only 10% of the festival’s lineup – are occupied by big, guitarless, not-really-indie acts. But can we really rule them out and say they’re not “Primavera artists” based on their (lack of) artistic merit? Of course not. It’s been seven years since Solange (Thursday, 00:30) has released “Losing You” and stopped being referred to as simply “Beyoncé’s younger sister”; we are yet to find a bad review for her latest two albums. Hip-hop ends up being underrepresented this year, compared to past editions, with the likes of Danny Brown (22:20), Tommy Cash (23:25) and Allen Halloween (22:15) all competing for your attention Thursday night, and newcomer ProfJam (Friday, 17:00) getting an extra early slot the next day. But what’s really grinding people’s gears is the presence of one of the most important artists in the world today. Colombian J Balvin (Friday, 22:15) is one of the most important regaetón singers today, and, through his many collaborations with English-speaking artists, played an instrumental role as the genre definitely took over Western audiences and became the most popular genre of pop music worldwide, toppling the long dominance of hip hop, R&B and EDM. Literally every song on his setlist is a major hit. All killer, no filler. Can you really say the same about any other artist in the lineup (except Shellac, of course)? Name one.

Our playlist this year has 66 songs by 33 artists. We couldn’t make it shorter, it’s still impossible to see all those artists, and we could definitely add some more. Do you still think this is a subpar lineup? It’s not.