yet another amazing little song from Horrible Present. His latest release is still available on Cakes and Tapes!

let’s keep all the laughs we didn’t waste

we are still on time

save a bottle of your best wine

we will be fine

down here in the army no one is up to fight

“the war in not charming” 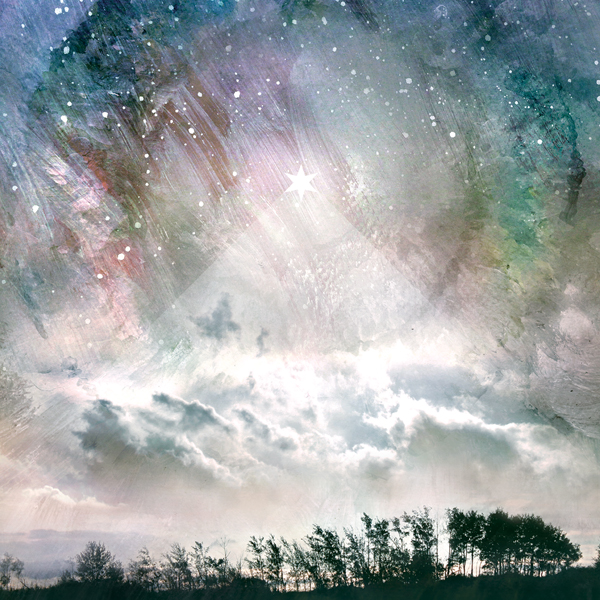 I’ve first heard of Sea Oleena when my mates from Lizard Kisses told me she was going to participate on their latest EP, Tiny Island Teeth, which I released on Cakes and Tapes late last year. Since I heard that one song, I instantly went and downloaded her latest album, Sleeplessness, which got me hooked for weeks. Her name caught my eye again when reading the press release relative to this album, and I knew I had to take a listen to it.

Holobody is a duo comprised of Oleena and her brother (which goes by the moniker of Felix Green). One can read the words “gospel, "hip-hop”, “electronica” and “folk” in the first sentence of the album description. Beware. Such a melting pot of genres may put off anyone who isn’t exactly looking for the future of music in the non-form of a batch of mp3s AND got tired of 96% of all music tagged “experimental” on the internets. That would be me, but strangely enough I found Riverhood’s opening track, “Unfold”, to be quite entertaining – sounds like something Why? could have done – and decided not to close the tab on which I was streaming it right away.

After listening to her solo stuff, it may seem a bit strange to hear Sea Oleena rapping – but then again, she never sounded conventional at all. On “Hurricane Season” she shares singing/rapping duties with her bro Green above a sea (pun not intended) of bleeps, bloops and samples; “Riverbed” is the highlight in the first half of the record, with Oleena’s whispered vocals providing a warm atmosphere. One of my few personal complaints about Riverhood as a whole is how the constant shift from quiet and ethereal to beat-infested schizophrenia puts me off from listening to it from start to finish without skipping a track or changing the tracklist around; fortunately enough, “Down to the River to Pray” kicked in near the end of the album – here’s the gospel! And it makes me want to praise the Lord or something. That’s what I wrote on a review of Spiritualized’s Sweet Heart, Sweet Light that I never finished and that’s what I’m going to say everytime I hear the words “Lord”, “Jesus” or “God” on a good song. But this time I think I saw the light somewhere during this jam’s coda.

If you run a somewhat high profile site/blog you surely receive dozens of emails per week. Some you don’t even bother to read and throw them in the garbage bin just after reading the headline (sorry), you might find others slightly interesting but not enough to post or there’s not enough time to do it, others contain some great, perfectly bloggable music inside and then there’s this rare sight: a sincere email where only a ten word sentence is written, alongside with a Soundcloud/Bandcamp link pointing to an awesome song performed by some perfectly unknown unsigned artist. This is the kind of email that made me want to start my own label, and this was the case with Horrible Present. “Classics at Night” was instantly gone into repeat mode and a couple of months later his exquisitely titled EP 54, I love you but it’s time to get off – which consists of his old EP 54 plus some new songs and b-sides – was released on our label Cakes and Tapes. Stream, download for free and buy one of the 15 remaining limited edition cassettes by clicking on the widget below.

&amp;amp;lt;a href=“http://cakesandtapes.bandcamp.com/album/54-i-love-you-but-its-time-to-get-off” data-mce-href=“http://cakesandtapes.bandcamp.com/album/54-i-love-you-but-its-time-to-get-off”&amp;amp;gt;54, I love you but it’s time to get off by Horrible Present&amp;amp;lt;/a&amp;amp;gt;

Captivating video for Arthur Beatrice’s “Midland”, shot by the Portuguese photographer Rita Lino. In case you’re wondering, yes, the girl on the video takes off her top towards the end, but I bet the song will be stuck in a corner of your mind just as quickly as the video. Portuguese Beatles-lover, non-hipster, pretty-decent-songwriter Gustavo Caldeira is back with his brand new album, “Nail on the Head”. Great thing about it: since he’s a Bolachas lover, he’s distributing it for free to our readers. You can find a download link to both “Nail on the Head” and his previous album “Say Don’t – Look What!” right after the tracklist. If you live in the UK, you’re lucky: he’ll be playing the island for the first time in November: 07/11 at Nambucca, London, and 25/11 at The Constitution, Camden.