The second coming of tindersticks (official) keeps yielding fruits. Everything the band has released since the mid-00s lineup change, from the Constellation to the City Slang eras, has been consistently good. Their 12th album, “No Treasure But Hope”, is amongst the best of the bunch. Don’t be that person who reads “12th album” and instantly looks the other way. Staples and co not only still have it in them; they seem like they’re ageing too gracefully.

END_OF_DOCUMENT_TOKEN_TO_BE_REPLACED

Blah blah blah our favourite festival is back blah blah blah it’s the same intro every year, and you should know by now going to this festival is as important as spending Christmas with your family for us who live far away from home. No matter what or where we are, come the time, we’re purchasing expensive flights to Portugal just to make it. It doesn’t matter if we manage to see many of these artists on tour somewhere else in Europe before or after the festival, there’s something about enduring the daytime heat, the nighttime cold, and the antics of our perpetually drunken friends that always drives us there. Or maybe it’s just the beauty of the landscape. We don’t know and it doesn’t matter as long as we’re there.

Printable timetables (PDF, XLS) will be published when all stage times are made available. Update: PDF // XLS 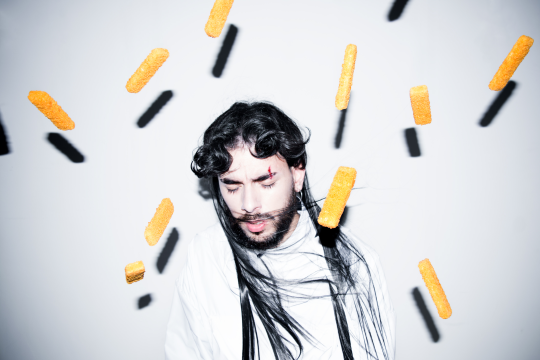 We have limited ourselves a bit by only picking four artists for each category – especially in this one! There was enough local talent across all stages available for us to focus on Portuguese artists only. Conan Osiris is the hottest artist in Portugal right now, and his late addition to the lineup reads as “holy shit people still care about him 7 months after his album came out despite haters saying he would be forgotten come April”. Said album, ADORO BOLOS (literally I LOVE CAKES) is a graceful blend of fado, dancehall, reggaeton, Middle Eastern, gypsy and African sonorities enhanced with some of the most exquisite lyrics you can find in contemporary pop music – sometimes funny, sometimes nonsensical, sometimes dead serious and fatalistic as they can be. In other words, it’s hard to argue Conan Osiris’ work is not one of a kind, even if you think you can turn “list all of his influences” into a seasonal sport. It was quietly published on Bandcamp one day before the end of 2017, and hasn’t left our playlist ever since. We would have put half of the tracks of this diamond on our playlist, but it’s not on Spotify yet. Check it out here.

Arriving in the festival from the nearby city of Braga, Ermo sound similarly otherworldly. The duo makes contemporary glitchy electronic pop music – with the odd footwork nod here and there – with highly processed Portuguese vocals that ends up being more accessible and easy listening than you’d think. If Arcade Fire are being too corny, just escape the crowd and go wait in the smaller stage before it floods with beat-hungry clubbers. In theory, Surma’s music can sound a bit less weird than her two peers, but only in a world where Björk’s weirdness was normalised. 2017′s Antwerpen is the result of the one-woman-band we all want in our lives and, after missing her for a few times both home and abroad – her international touring included SXSW and Eurosonic Noorderslag, and she is already confirmed at next edition of Iceland Airwaves – we can’t wait to finally see her on stage. Finally, Dead Combo, one of our favourite Portuguese bands, is presenting their new album, Odeon Hotel. We’re ashamed of having missed it on our playlists, but it will surely be amongst our top albums of the 2018. Dead Combo are what Calexico would be if Arizona bordered the Portuguese-speaking world instead of Mexico. It’s something you didn’t know you needed until you were aware of it but of course you do now. Oh, and Mark Lanegan is apparently joining them on stage. If you needed an American artist to validate a local one, here he is. 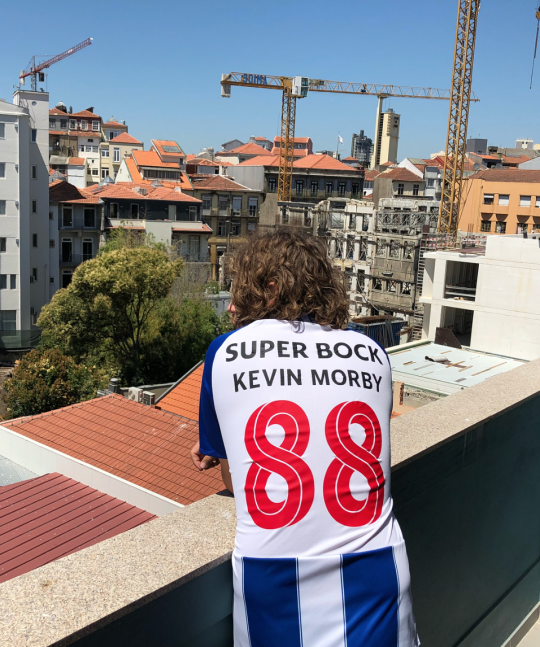 You can design the lineup of a festival based on pure experimentation, but there’s nothing wrong with being a people pleaser. It might be odd to feature Shame in a list like this, given the fact that they have just put out their first record, while some of the ‘newcomers’ below already have a few albums in their name. But the truth is they’re returning after a very eventful poolside gig at last year’s Milhões de Festa. Having seen them a few months ago in an iconic Welsh venue, we’re absolutely sure we’ll be there as frontman Charlie Steen strolls through the audience and turns us into a sweaty mess. Kevin Morby is the #1 fan of Porto and Portugal in general, having played in the country every single year since we organised his first one back in 2014, including stops at Primavera Sound 2015, Paredes de Coura 2016 and Super Bock Super Rock 2017. 4 records into his career, we can’t wait to see how his band’s live show has improved.

…And You Will Know Us by the Trail of Dead and Fleet Foxes are two bands that may be past their peak, but it doesn’t mean 2018 is not the right time to see them again. 16 years after its release, the Austin indie rock band are playing their monument of a record Source Tags & Codes in its entirety and it doesn’t matter if they don’t sound as good as back then – just make sure you sing louder. Crack Up might not have been the record Fleet Foxes fans were wishing for after a six years wait, but it’s not mediocre either. Expect a career-spanning setlist, though – and the band does not disappoint on a stage. Especially in a setting like Coura, the place they deserved to after a few parking-lot-festival shows in previous years. 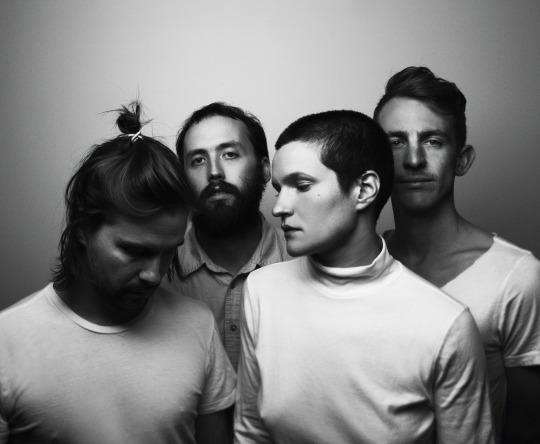 Imarhan have played their first Portuguese show a couple of weeks ago in the amazing world music festival FMM Sines and it’s great to see them here too. The Tuareg band’s second record, Temet, came out last February and their desert blues has never strayed too far away from our headphones ever since. Half an hour earlier, American singer-songwriter Lucy Dacus opens the afternoon on the big stage with the heartfelt songs of her sophomore album, Historian. If you follow our playlists, you already know how much we like her music; the same can be said about the other two artists in this section, whose albums were featured as album of the week multiple times.

Marlon Williams might be doing his debut in the festival, but he’s already scheduled for a second round next November in Braga, which says enough about the popularity the songwriter from New Zealand currently enjoys in the country. Being witness to his band’s live show a couple of times already, it’s a safe bet to say these will not be his only two shows in the country in the near future. Big Thief, one of our favourite bands in the planet, has already secured a prime time time slot in the main stage after only two albums and we’d like to believe our spam has contributed a bit to the phenomenon. With or without lead guitarist Buck Meek, who’s doing a solo tour at the moment, Adrianne Lenker’s voice and guitar playing will be enough to make it memorable. Expect some new songs.