Every week we try to focus on brand new music, if possible by newcomers that might or might not be semi-stars tomorrow. But, every now and then, we eventually cave in and cannot resist the urge to celebrate some of our favourite records’ anniversary editions. Songs: Ohia’s ‘The Lioness’ got its deluxe treatment through ‘Love & Work’, an extremely limited 2xLP boxset now sold out; in it, eleven outtakes from the same sessions that brought us one of the most heartbreaking albums of the last twenty years see the light of day for the first time.

END_OF_DOCUMENT_TOKEN_TO_BE_REPLACED

This week in Bolachas Now Playing, while we write our Vodafone Paredes de Coura roundup, we present the new great Zachary Cale record, out now on No Quarter. There are also new songs by Destroyer, Panda Bear, Kevin Morby, Low, Carly Rae Jepsen, James Elkington & Nathan Salsburg, Lindi Ortega, Rayland Baxter, and Roosevelt, along with a Glen Hansard cover of an old Songs: Ohia song, off his tribute EP to Jason Molina. Playlist and tracklist below.

END_OF_DOCUMENT_TOKEN_TO_BE_REPLACED

what an amazing cover of Jason Molina’s ‘Red Comet Dust’ by CFCF. RIP JMo. I wanted to write a big post about it but I can’t. 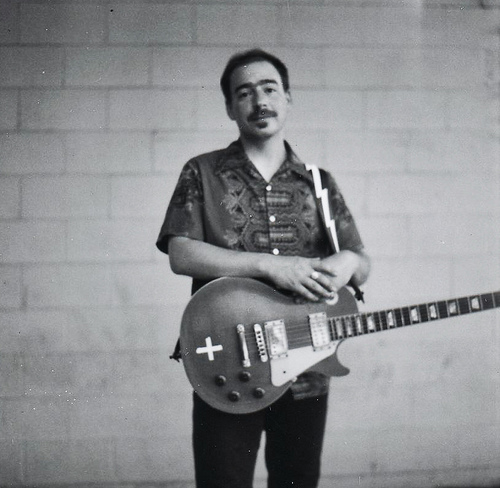 I’ve been a fan of Jason’s music since 9th grade. Quite honestly, I became obsessed with his music. I tracked down every b-side, home recording, live bootleg I could find. It always acted as a comfort through bad times and good. Even in 2006 after the trauma of a shooting at my college, I made it out to one of his shows that very day knowing I would find some solace in his songs.

I sampled Jason Molina’s original version of this song on my song “Cometrue”. Jason gave his permission for the sample, but over the past few months I still felt like I wasn’t really representing him well enough through it. I wanted to properly pay homage to this song I loved so much and so I started working on a version I could play in live shows.

I had already recorded it in February this year and I was planning to use it on a release somewhere in the future, but this morning I learned that Jason had passed away. It’s pretty devastating news for all of us who loved his music. So as some small tribute, I’m putting the song up here for free download.

I’d like to strongly encourage everyone downloading this to consider offering support to Jason’s wife Ashley through this tough time via Paypal.

An uncompressed version of the song can be downloaded free at Bandcamp.

Jason Molina (Songs: Ohia/Magnolia Electric Co.), my favorite songwriter in the world is having the hardest time of his life and needs your help. Secretly Canadian has posted this note on their website: