Optimus Primavera Sound’s second day of concerts was assuredly the big day of the festival, with major headliners Blur stepping up to play one of the most important concerts in Portuguese soil this year. But there was so much more to it.

END_OF_DOCUMENT_TOKEN_TO_BE_REPLACED

Before we leave, we want you to know which acts you shouldn’t miss on this year’s Optimus Primavera Sound. Ok, everyone knows you’re supposed to go see Blur, Nick Cave, Swans or MBV, but there’s more to the festival than those big names everyone knows about. Not that we’re listing pretty much unknown bands below, but… here are our choices. Special guest this year is CC Name of White Fence and Fictional Boys. Go see them. See you tomorrow!

2010, Barcelona. A few minutes earlier I had witnessed one of the most intense concerts I’ve ever seen in a festival by three dudes from Israel playing among the crowd. But what most surprised me that evening was a little band playing for some 40 people in the little stage right next to the press lounge. That band was Guadalupe Plata, three bluesmen from Andalucia that anyone who didn’t know who they were could think they came straight from the the American deep south. Their new album (selftitled, like all their other releases) has a song called John Fahey’s Funeral, so now you might know what to expect from them. – DSS 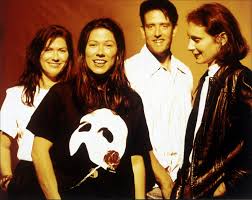 In Primavera’s last year’s edition, I happened to choose a 90’s band for my preview of the festival in the “to watch” acts (The Afghan Whigs). This year, once again, I have to make that call to the past: The Breeders, side-project of Pixies’ bassist Kim Deal and her twin sister Kelley, plus Tanya Donelly of Throwing Muses and Jim Macpherson. Playing their acclaimed LP, Last Splash, from start to finish – although I guess there’s enough time for other songs, since the album doesn’t even last 40 minutes – expect them to teach indie kids how it’s done. All in all, a must see. Well… it is Optimus Primavera Sound’s first day, meaning there’re no overlaps. Just remember not to dine at 9:00 pm (if you dine at all during the 3 days). – BSC

I’ve got a personal rule while watching (too) many concerts at Primavera, and essentially every other busy scheduled festival: I prefer watching the endings rather than the beginnings. I’ll explain better, in a scenario where a band I like is starting while I’m watching another I also like, I’ll wait to the end of the current show, and then move to the other. But May 31st at 18:50 might be an exception to the rule, as Neko Case is starting her concert at Super Bock Stage, leaving me to only 20 minutes in for Om. The Sun still shining is one of the reasons for my switch (yeah, kinda breaks the spirit and all that mambo jambo for Om), Neko’s beauty is the other reason; you shouldn’t miss one of the best alt-country songwriters out there. At least the very ending of it. – BSC

It’s complicated to define Om music as metal or as heavy. At least, since Advaitic Songs, the songs are a lot spiritual, the sludge and drone emerge gracefully and there’s some kind of mysticism in their music. I can give you some kind of advice: If you’re not an expert of the genre (and I’m not), I suggest you to give it a try. They have consistent and mysterious melodies, demonic tones and all of that give them the density and meditative melodies. A lot of textures, a lot of hypnotic repetitive grooves and spaced drums that will make the concert a quite pleasant experience. – CMT

The concert of the iconographic singer/songwriter Daniel Johnston is going to be one of the moments that I most expect. In a way, we can say that the tumultuous figure of the artist truly transcends the musical part. I’m not saying that his songs aren’t that important. They are heartbreaking and unabashed pieces of sincerity, they have the struggles and scars of a life marked by mental illness. In the concert, I suppose we are going to see innumerous affecting moments, devastating masterpieces with their own intentions and meanings, making the night a little bit more existential. We can see the show like a catharsis from the problems of his life and the lonely way how he has trying to fight them.  Life lessons you should not miss. – CMT

Seriously, do you need me to explain to y’all again why the fuck you should leave Grizzly Bear alone and watch the most exciting rock and roll show of the world instead? – DSS

There are beats and bleeps, tweaks and loops. There are laptops and fancy set-ups. And beyond all that, there is Kieren Hebden. A pro in melody making, layering sounds is his specialty. His unpredictable set will belwilder and confound you, but you will want him to keep going just to see what he comes up next. And when the right moment strikes, close your eyes and just shake it. And by it, I mean everything. – SMF

You could argue we’re not in the mid-00s anymore and listening to post-rock bands that aren’t named “Godspeed You! Black Emperor” is useless nowadays. I’m like that, too: after listening to every single release starred on afterthepostrock back in 2005/06 by bands with more than 4 words in their names, they’re the only ones I come back too every now and then. But if nostalgia is the only reason bands like Jesus and Mary Chain, Pixies or Pavement are still playing shows in freakin’ 2013, why shouldn’t I be pumped to finally see a band whose three early 00s albums I listened way more often than I should? They play at the same time Blur goes on stage, so their show’s attendance will probably look like a Constellation Records fan meeting. – DSS

I saw them play in LA while I was in a duet writing period, and loved Ida No’s voice so much i named a song after her. Tim did a cover of it on
White Fence’s “Family Perfume”. I really hope I can see Swans and Meat Puppets too. – CC Name (White Fence)

Fuck Buttons music is truly original. They have some kind of visceral power, corrosive swats and some euphoric rhythms. Tarot Sports gave them the credibility of a second album full of climaxes, fuzzy synthesizers and noise, lot’s of noise. The distortion and the vibrations give to their music a gorgeously sonic experience. On stage, we are expecting strong beats and a mesmerizing event. The hard dynamic and craft elements will make the bodies sway and the excitement will be infectious. The abrasive and post-apocalyptical tones will make us dance until our muscles hurt. – CMT

If Primavera Sound was some sort of worldwide indie Eurovision Contest, my 12 points would go straight to Australia and the festival hasn’t even begun. Arguably OZ’s best band to sprout after the Bad Seeds, the Drones will be playing their only shows in Europe this year at both Primaveras, in support of their new monolyth of an album, “I See Seaweed”. Their intense show at the 2009 edition was one of the highlights of the festival for me – they even made me travel to Madrid later in the year to see them again – and I won’t lie, this is the concert I’m expecting the most. If you’re not yet convinced to go and see this rock and roll monument, perhaps I should let you know that they were picked by Neil Young to support him on his latest Australian tour. Hope that validates my opinion and excitement. – DSS

Go grab a couple of beers after the Drones show and proceed imediately to that big stage right next to where you were earlier. Mascis, Barlow & co are still rocking like teenagers some 25 years after they shook the pre-Nirvana American alternative rock scene. After failing to see their show at the Paredes de Coura festival back in 2007 (seriously, what the fuck was I thinking when I stood in the rain for most of the borefest that was the New York Dolls’ neverending gig while waiting for Dino to come on stage only to give up and listen to the concert in a flooded tent instead?) this is a show I can’t miss. – DSS

So you want to have fun at this year’s OPS? Worry no more. Dan Deacon brings with him drums, wires, lights and a myriad of buttons that produce the most danceable noises. But be aware, there’s no standing-with-your-arms-crossed-looking-serious-and-tapping-your-foot bullshit allowed. Hold on to your straw hats and ray-bans, pay attention to the choreo class and get ready to dance like you already had one too many sangrias! – SMF

This is the most uplifting concert you could see in this year’s edition of Optimus Primavera Sound and we think you could use a punk rock-infused shot of energy to help you make it through the night. Don’t forget there’s still a Fucked Up show not to miss at 3am. – DSS

Fucked Up. Saturday, 3am, Pitchfork stage

I’ll go straight to the point here, here’s a bunch of reasons for this being probably the best concert of Optimus Primavera Sound:

– It is preceded by Titus Andronicus, Dan Deacon and My Bloody Valentine. Whichever you choose, you’ll get a decent warm-up at least, either the inspirational rock of Titus Andronicus, the partying Dan Deacon OR YOU KNOW, THE GET-YOUR-EARS-RIGHT MY BALONEY VOLATILE (WHAT?! MY DARLING CLEMENTINE?!)

– It’s Saturday night, and only two concerts to go. Do you really want to play that “Man, I’m exhausted” card?

– And Fucked Up is set to be at the Pitchfork tent, ahahah this will end badly

So there you go. If you miss to be carried in the arms of Damian Abraham during the punkest of the hardcore punk song, you’re failing in life. – BSC

The Magician. Saturday, 4 am, Pitchfork

It’s the final countdown to the end of the festival. Your last chance to buy an overpriced beer to that girl you’ve been chatting up. Or just to dance until your feet hurt. The Magician will definitely pull some of my favourite remixes out of the hat, and perhaps will have some italo disco, synth pop or new beat up his sleeve. Who knows? A good magician never reveals his secrets. But remember, "they‘re called illusions, Michael“. – SMF